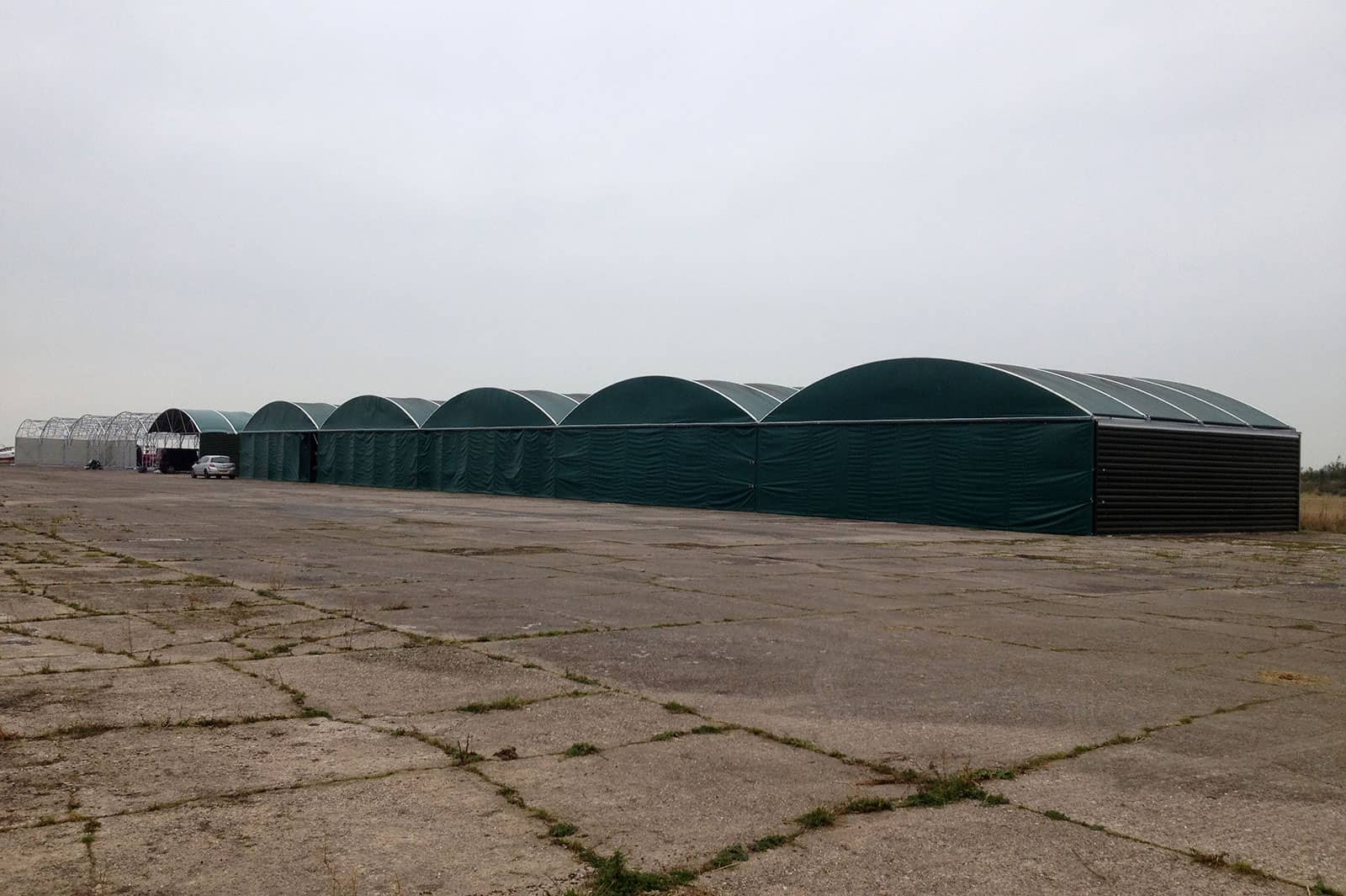 Row of Accord hangars during installation onto the concrete pad 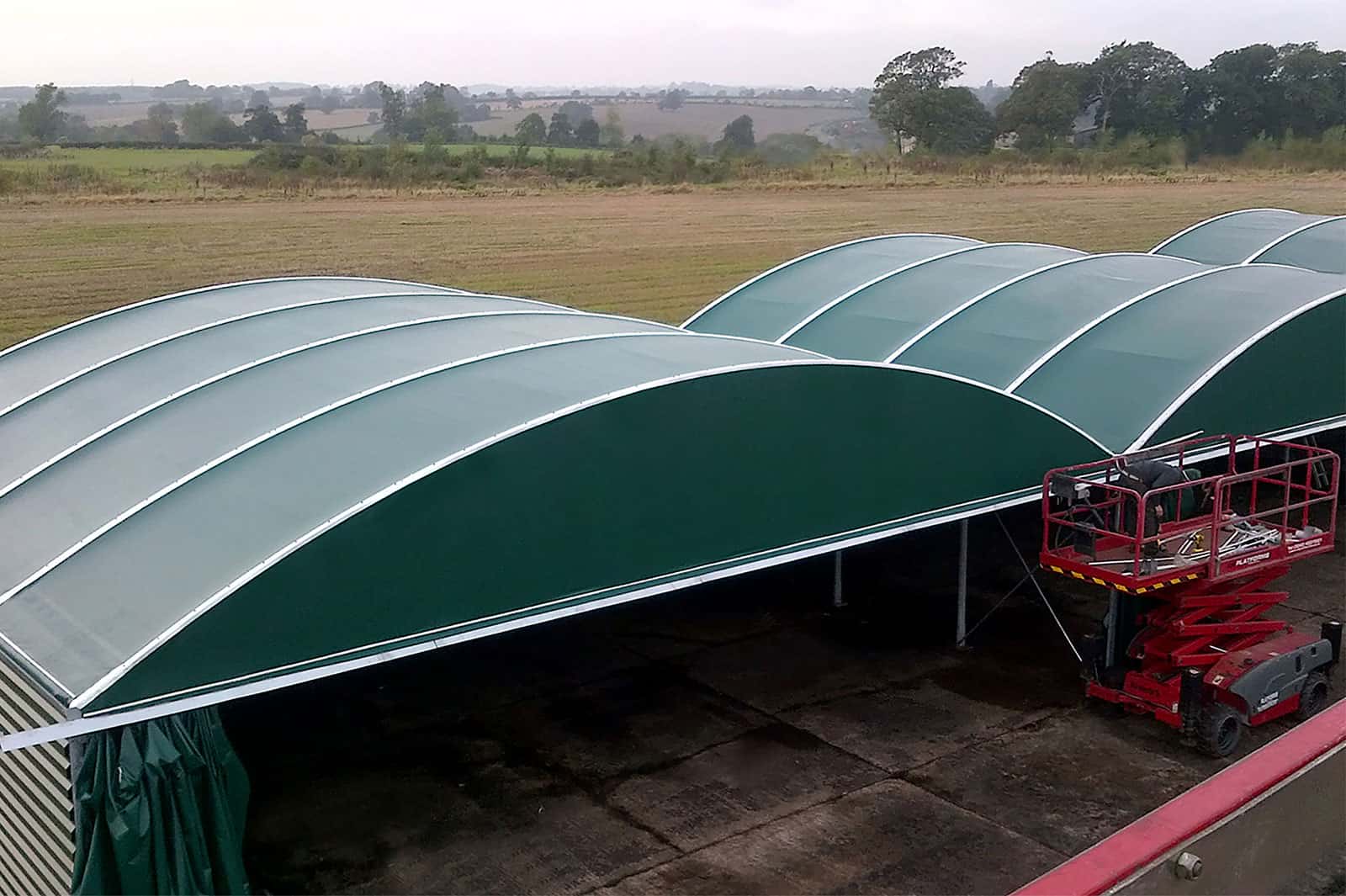 Adjustments being made to the door track during instillation

Expanding from 5 to 31 Hangars since 2011, Tatenhill Aviation have worked closely with McGregor Hangars to help develop their business in response to an expanding market.

A shining example of the hangar leasing business model; Tatenhill Airfield, Located in Burton-upon-Trent, offers a variety of services including pilot training, aircraft hire, avionics design and installation. Mike Shelton took over the airfield lease from Allied Breweries in 1987 and when his son Paul came on board in 1996, Tatenhill Aviation was founded. Together they identified a market need for hangar rental for non-commercial aircraft owners and began offering the service to a small number of clients.

Our relationship with Tatenhill Aviation began in early 2010, with the purchase of their first Accord Multi-bay hangar; by 2011, they had installed and connected a further 4 Accord hangars. As the business has continued to grow, Tatenhill Aviation have been able to expand the multi-bay system, adding additional units as required. The hangars economical construction and simple installation has allowed the business to react rapidly to market growth.

Chosen for its generous rentable space the Accord hangar provides a dynamic and open design allowing flexibility to accommodate varying numbers of aircraft in each bay with the option to open up connecting walls to allow access between bays. The Accord hangar has 3 metre high sides clad in plastisol coated corrugated steel, a sliding PVC curtain door, structural grade steel framework and heavy-duty PVC roof which creates a dependable working environment that keeps customers aircraft secure and protected from the elements.

In 2017, Tatenhill added a further 6 Accord hangars to the site, bringing the current number of McGregor Hangar buildings on the airfield to 31.